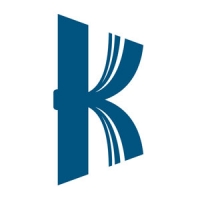 The University Press of Kentucky (UPK) is the scholarly publisher for the Commonwealth of Kentucky, and was organized in 1969 as successor to the University of Kentucky Press. The university had sponsored scholarly publication since 1943. In 1949 the press was established as a separate academic agency under the university president, and the following year Bruce F. Denbo, then of Louisiana State University Press was appointed as the first full-time professional director. Denbo served as director of UPK until his retirement in 1978, building a small but distinguished list of scholarly books with emphasis on American history and literary criticism.

Since its reorganization, the Press has represented a consortium that now includes all of Kentucky's state universities, five of its private colleges, and two historical societies. Each constituent institution is represented on a statewide editorial board, which determines editorial policy.

An Introduction to Black Studies

Series from University Press of Kentucky

The History of Sir George Ellison

America and the World

Asia in the New Millennium

Becoming Native To This Place

From the Farm to the Table

Culture Of The Land

Tongue of Water, Teeth of Stones

New Perspectives On The South

This Land, This South, revised edition

Perspectives On Kentucky's Past

We Will Win The Day

Religion In The South

Studies in Computing and Culture

Allegorical Poetics and the Epic

Understanding and Improving Health for Minority and Disadvantaged Populations