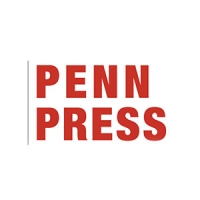 The University of Pennsylvania Press was originally incorporated with the Commonwealth of Pennsylvania on 26 March 1890, and the imprint of the University of Pennsylvania Press first appeared on publications in the closing decade of the nineteenth century—among the earliest such imprints in America. One of the Press's first book publications, in 1899, was a landmark: The Philadelphia Negro: A Social Study, by renowned black reformer, scholar, and social critic W.E.B. Du Bois, a book that remains on the Press's lists to this day. From the turn of the century to the late 1950s, the Press published across the disciplinary spectrum. In the mid-1960s the Press began to focus its editorial program on Amerian and European historical and cultural studies, the social sciences, and, selectively, the professions. A member of the Association of American University Presses, the Press now publishes upward of 140 new books and periodical issues a year, with an active backlist of more than 1500 titles. Professional and support staff numbers 28. Annual revenues exceed $4 million.

If a City Is Set on a Height, Volume 1

If a City Is Set on a Height, Volume 2

Series from University of Pennsylvania Press